November 04, 2019
Time. Seasons. Moments. Sabbatical. Sabbath. Rest. There are many names for what most of us are not doing or maybe we are taking time to rest & take a season off - but our creative minds still wander. Our hands still find things to do. I’ve held off on writing for a while. What might have just been a month felt much longer. In full disclosure I just couldn’t bring myself to do it. I thought it was time to finally get back to it & as opposed to featuring the many patient people in my inbox, I thought now was a good time to peel back the curtain & tell my story. I’m Adam Roye, Owner & Creator of Pragmatic Sound Co. & the one man band behind Daphne Blues.

I'm from Cleburne, Tx a small town south of Fort Worth, Tx where you can say I cut my teeth on the back of a pew. My family had a southern gospel group, my uncle had a recording studio, & my grandfather was the worship leader of our small church. You could find me using pencils as drumsticks playing along during service, or sitting on someone’s lap to play real drums, or running around the studio playing a little bit of everything. You can call it immersion, genetics, or God-given but either way music was & is inherent to who I am. 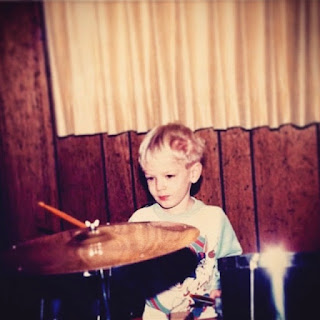 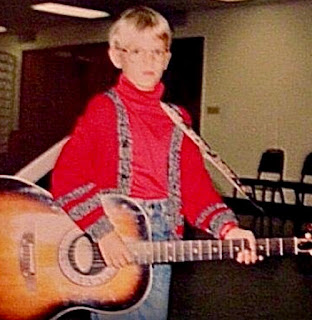 I was a horrible student all throughout school & really only cared about band class & making it home where I could play drums or guitar until it was time for supper & then I would go back at it. I've yet to formally take music lessons or lessons in theory or recording techniques - I've always just figured it out or it just came out naturally. I started reading magazine articles & circling products & descriptions as they came in the mail (this was pre-internet ease) & that honed my knowledge base in a round-about way. I was already recording myself playing guitar with a tape recorder by age 10 or so learning the limitations of my equipment, but I made it work. That is one principle I've always seemed to stick with. Use what is in front of you. Wrestle the guitar with the high action, deal with the snare that is missing a tension rod or two - use your phone to record yourself & release it. Be pragmatic. 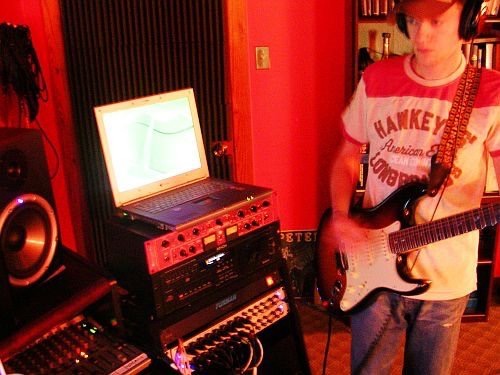 I had already been writing my own music by the time high school rolled around & was eager to record what I had been working on. I had already been using my brother as my drummer & ears if something was good or not, he would later become one of my main drummers when shows became a big part of my journey. During that time period our parents served as our audience. I began playing in talent shows with friends covering Dave Matthews Band songs & slipping an original in there when we could. I can't say we were any good, or that my voice was dialed or mature but the point was that I was creating & had an outlet. My best friend & I would stay up all night in his shed writing songs & climbing on the roof with an acoustic to watch the sun come up. Once I graduated in 2001, I had a trio or 4 piece depending on everyone’s schedule & began playing shows along side the likes of David Ramirez & Levi Smith. I thought I was well on my way, & even though I was borrowing my dad’s truck to do it, we weren't turning down any gigs ever. I felt like the first time we said no, that door would close. Eventually it would just close on its own. 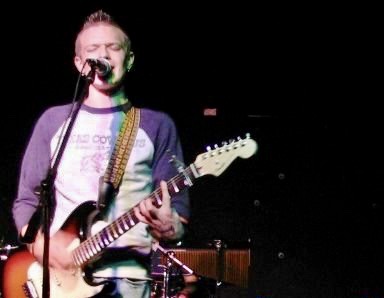 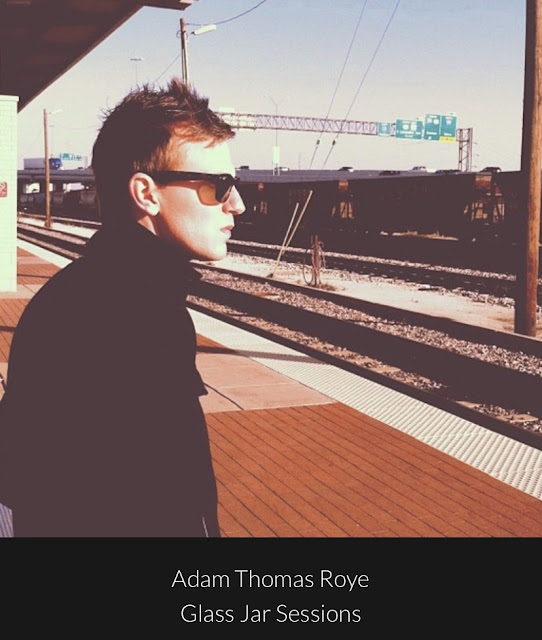 While pursuing music, I was always holding down jobs to put some money in my pocket. Picking up a job at a predominant music retailer seemed to be the turning point for my thought process & musical career. No longer was I seeing myself as a solo artist, but finding gigs & community in being a studio musician or hired gun through the people I was meeting inside the store. At one point I even found myself befriending Kirk Franklin & would later be frequently assembling drums & asked to be a guest in his home studio. This inspired me & lead me to a community of artists & bands most of which I still have a relationship with to this day. I learned early on the importance of community & connection. Not connection so much as in how high you could climb with them or the notoriety of your phone book, but connections to musicians & creatives doing things exactly like yourself. DIY. This reopened the doors that were closed on me renewing my hope that music didn't have to be as I thought it was supposed to be. 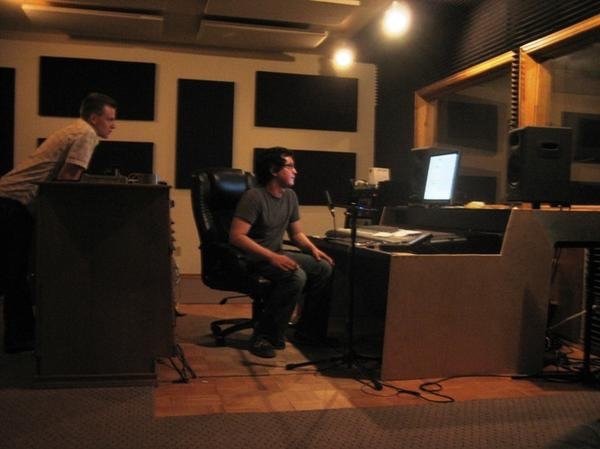 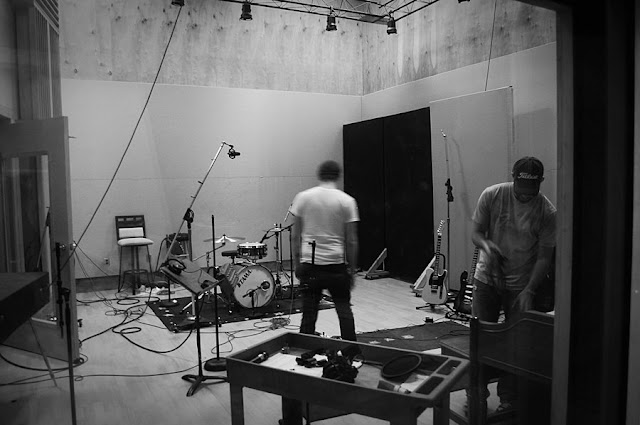 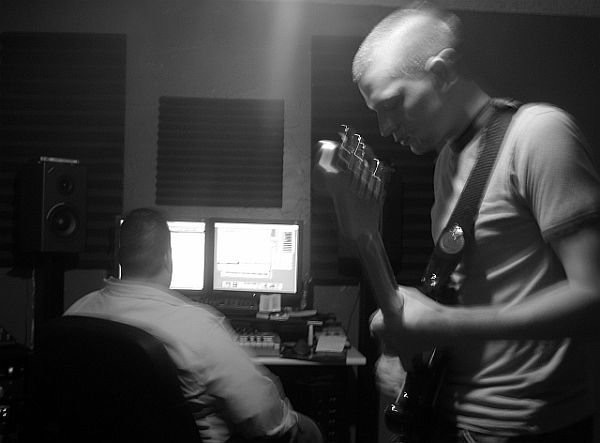 Through creating with artists & producers in all types of genres of music, my services became much more broad than I envisioned. Due to being a multi-instrumentalist, producers weren't having to hire a drummer, bass player, programmer, guitar player etc...I could provide all of that. My openness to be willing to learn as I went with whomever I was asked by, lead to recommendations all around the city. By this time I had a small digital recorder with a cd burner built in & and I was constantly working on hooks & instrumentals that I could give to someone to use. I passed out cd's to everyone I could think of. This is when the idea of creating an instrumental record took place. I chose the moniker Daphne Blues mainly because I liked the color but also because it was kind of a head scratcher. I could fly under the radar without the pressure of being an artist. *A quick side step: Daphne Blue is a guitar finish by Fender in the late 50's/early 60's they were taking their inspiration of guitar finishes from the car manufactures of the day. I believe Cadillac was the first to release the color on a vehicle. What intrigued me was that when Fender applied the nitrocellulose daphne blue to the instrument, if the guitar stayed indoors - in a case, not exposed to the elements - it would either retain the blue color or get darker. If the instrument was in a shop display window, being exposed to the elements etc it would lighten up to a pale blue almost white. So to me using Daphne Blues as a band name was a parallel to my life at the time of ups & downs. History lesson over.* As I started releasing music in 2018 I had some help from a friend with the design & then just kept with the theme the more & more music I released. During a visit to my hometown, driving past the home I lived in as a kid was even painted daphne blue. What I love about making music for Daphne Blues is that it's all mainly one-takes. I'm a firm believer in whatever comes out is the right thing. Even if it's noisy, iffy on note selection, it doesn't matter. I think we as creatives get so super focused on things being perfect & the reality of that is the product can become robotic or incredibly polished & sometimes overworked...which is fine, just not my style. 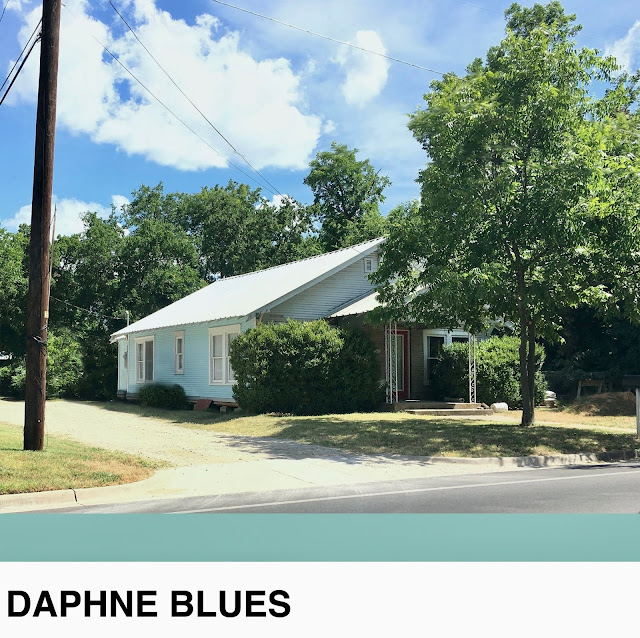 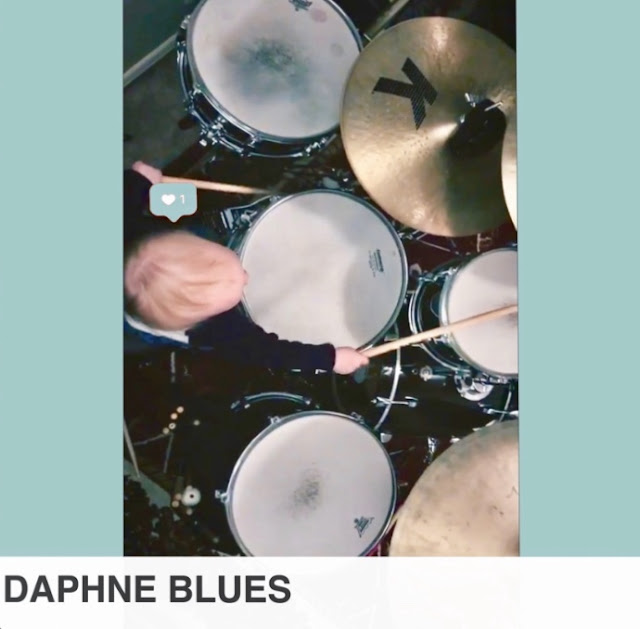 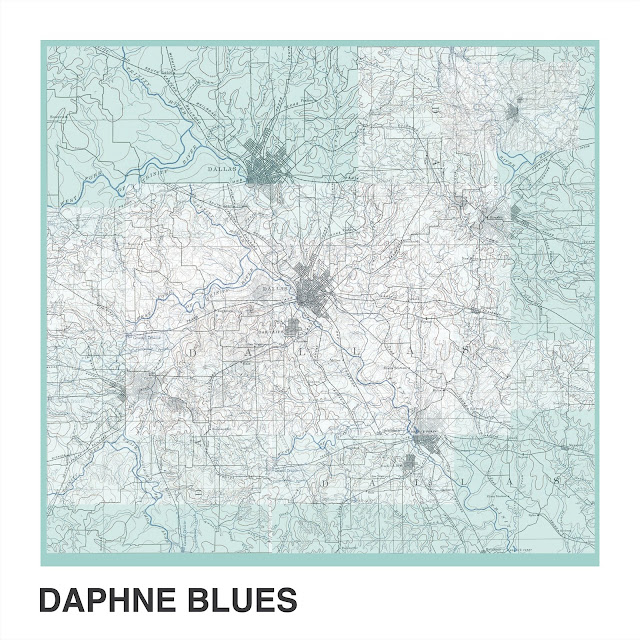 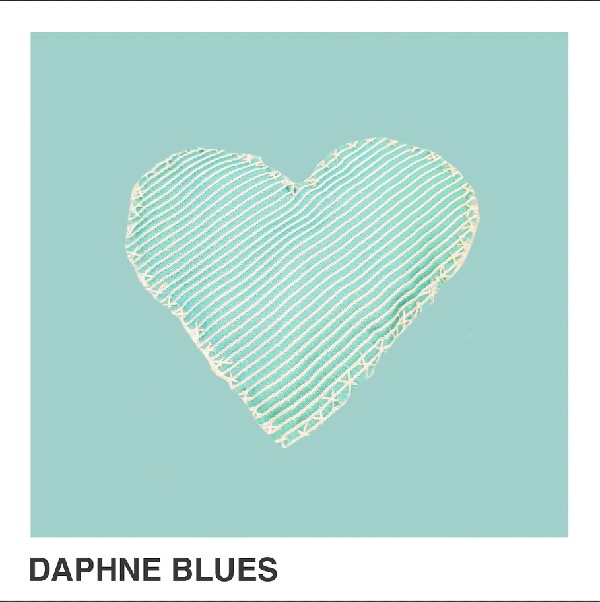 What's been great is that through ups & downs, writers blocks, general feelings of inadequacy in the creative world - I've been able to work with a lot of amazing artists that have helped me stay the course & served as an inspiration in a lot of ways. Once again proving community is key in what we do - no matter our creative outlet. Working with Lacy Abercrombie, Thomas Lightfoot, Macy McKinzie, Zach Balch & Karyna Micaela just to name a few has proven to be incredibly rewarding to fuel my passion of creating music & performing with others. This is where the idea of Pragmatic Sound Co. came from. A real desire of putting an end to the competitive nature in the creative world & celebrating collaboration came into my view. I didn't know of anyone standing up for this movement so I created it myself. I noticed that my circle of artist friends & creative partners all trying to figure out who was releasing a record on what dates so no one got overlapped. Who was booking shows during what time so they didn’t steal each others audience. This wasn't okay with me - instead of vying for the plays, likes, shares, etc we should all be working together. I mentioned it in the first post of this site but someone said "if you want to go fast go alone, if you want to go far go together." That's powerful & applicable in our relationships, businesses, community etc. 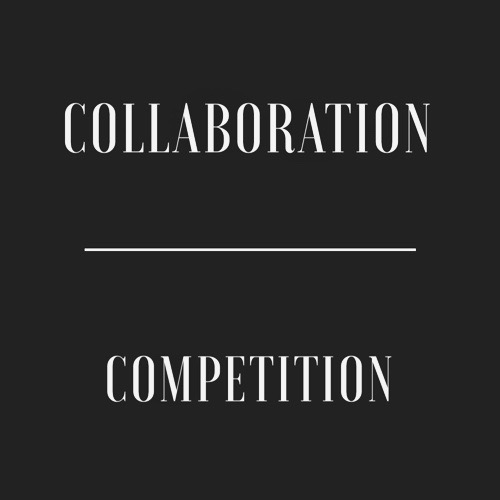 Pragmatic Sound Co. exists to share the story of creatives in our own backyard. My hope is to expose readers & followers to new artists, photographers, painters, muralists, websites, studios, musicians, bands...the list is forever long. It's also to share with other creatives that it's okay to be stuck & here are a few ideas, or this is how someone may be thriving & can help one another. Connecting the DIY creative was the first slogan that popped into my head & I believe it can be done. It's my job to see that movement through & my challenge to you, the reader to share & seek out new creatives to champion. It really goes a long way. Thank you for reading Pragmatic Sound Co, however you got here, thank you.

A new Daphne Blues EP entitled Sixty Cycles will be available for pre-order 11/6 & released on all major platforms 11/8. It's full of phone recordings, my son chatting while tracking, a rain storm, a lot of loops & samples, & sixty cycle hum. 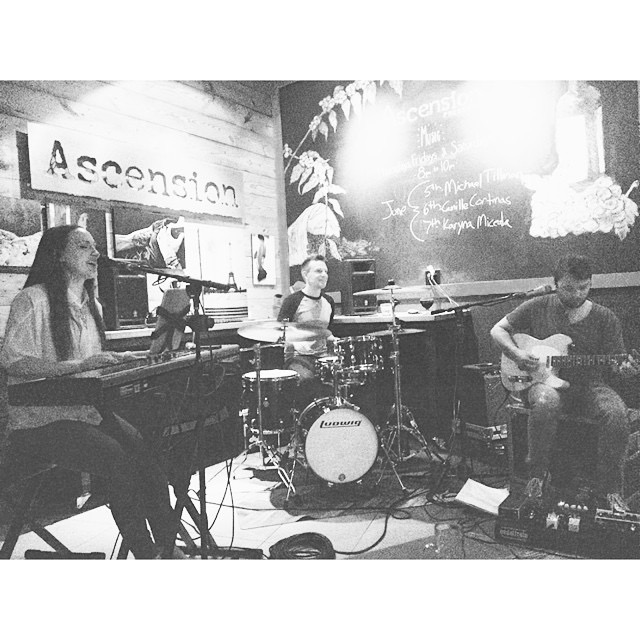 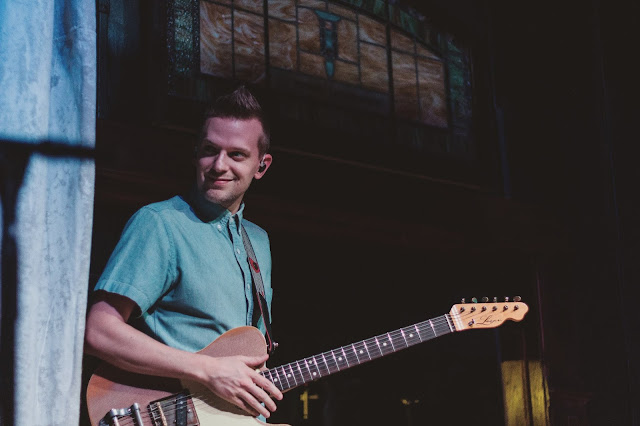 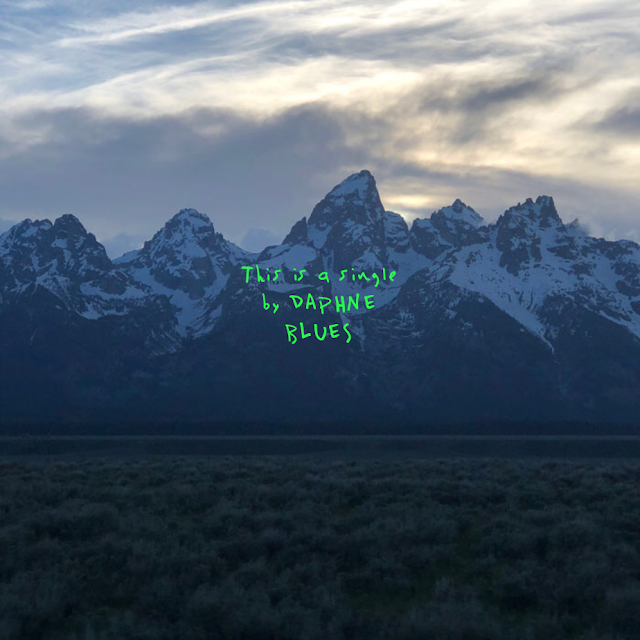 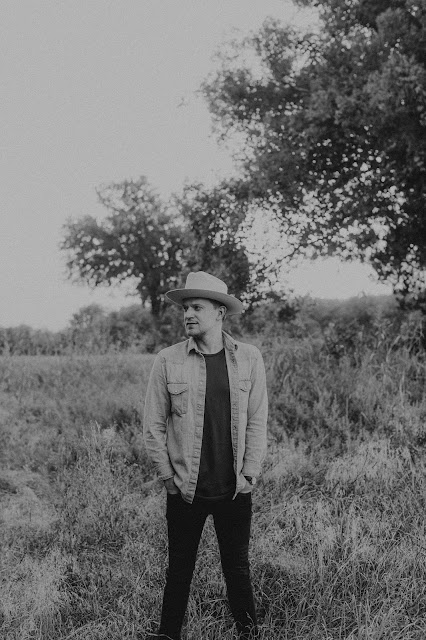 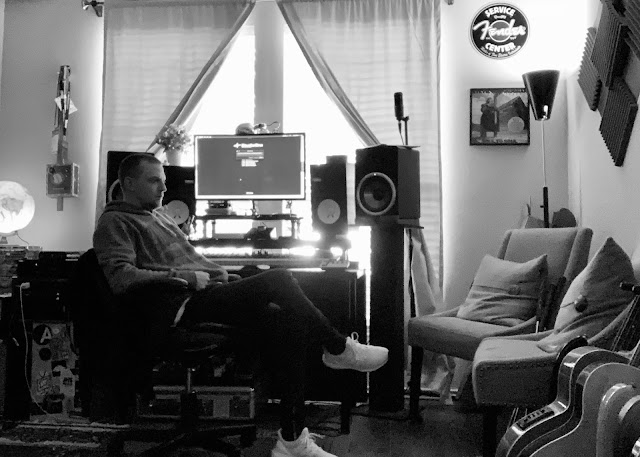 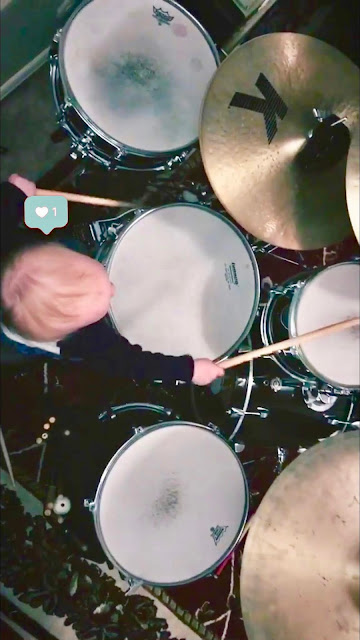 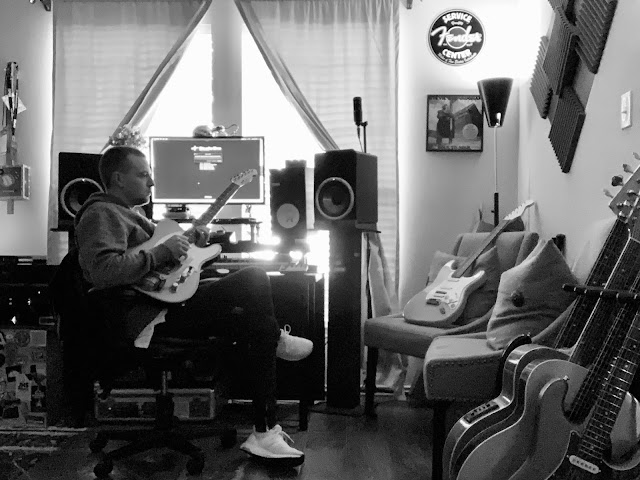